rise and shiine it's such a lovely morning

ayy i'm fallow, thanks for stopping by!

i'm a simple storyteller lookin for a place to put my random thoughts. (and art, occasionally!)

nice ta see ya traveller, hope you enjoy your stay!

yeah i just saw this

[id: screenshot of a post by babushka which is blank except for the text "privacy badger has replaced this spotify player widget" and below it a rectangle with a badger head that says "allow once".]

and my brain went thats it thats the post

thats the thing it doesnt translate it means nothing as far as im aware,, i mean "música" means music but rich ricci? nothing, nada, its just. i have no idea how it got there or why which i think make it infinitely funnier for me

i look what you say up and

glanni glæpur í latabæ holds a special place in my heart, please listen to my favorite song from it

is it ok for me to troll my workplace's parent company?

speaking as a kid who has never worked and is probably a bad influence: yes


Hm I see. That sounds like it would be very useful. C: Maybe one day walter fall will have such an option. Until then I may spam. Thank you for explaining <3

hhow did u even do that to ur formatting x'D

#heheheh this is silly i like this #repour #op:goropancakechi #silly #parkour #shenanigans #txt 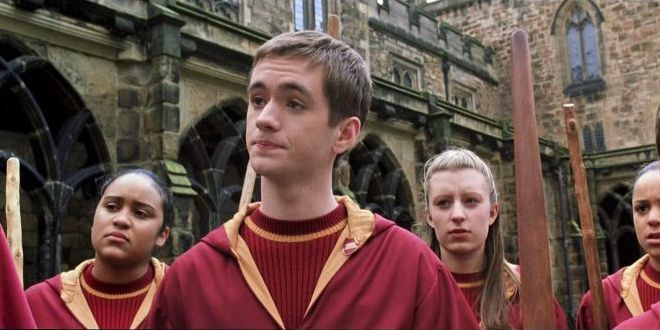 I guess but not my fav rarepair

I miss when tumblr had 'reply with image' on peoples posts. You could upload the dumbest shit to random posts and nobody could delete it, not even the op.

djkfjgh ive heard tell of ye olde times in which u could even edit other ppls' posts when reblogging them...are the legends true??

OH YEAH. You could edit other people's text or photo posts to say anything and it would look like they had originally posted that. I did gently misuse that to poke harmful fun at old mutuals.

I liked that you could edit other people's text posts for RPing because otherwise you'd end up with enormous text posts that were, no exageration, 20 inches long on your screen and shoved off the post entirely due to the old quote system.

I also remember that you could change images in photosets. So if you had a photoset of flower pictures, someone could reblog that post, and you could edit your photoset to have something else such as Sonic the Hedgehog.

So on the dashboard you would still the original photoset of flower pics, but on a reblogged version on their blog, you would see a photoset of Sonic the Hedgehog.

And oh yeah, they used to have <big> and <small> html tags that you could stack. The tag <big> stacked multiple times caused fonts to enlarge until you'd see size 64px words on your screen. And of course it caused the text post to become an enormous slog to scroll by. I think this was around or before the original xkit, but during missing e. So you couldn't block posts from appearing. You'd have to unfollow the person or wait until the dashboard cleared it.

Tumblr is a shitty website and I love it*.

*the normal aesthetic blogs I follow, not so much all the godawful people on it.

that sounds both delightfully and terrifyingly chaotic. i am Amused

i do remember seeing posts with the old quote system that'd be reduced to letters stacked on top of each other cuz too many people had added stuff to the post...man. imagining the big/small tags and quote system working in tandem makes me have questions honeslty dkjfgh

someone please convince me not 2 steal a witches hat cone from the bunch on my street i want 2 wear one as a hat @ my wedding n i know i can just buy one but it doesn't feel the same, nothing quite has the same pizzazz as petty theft of government property

the government retrieved them before i was able 2 act, however, as i went on a walk i found another street approximately 1.5 km away that was having the same servicing done n i am incredibly tempted 2 go back n get one but this Extreme Stealth mission is hindered by the fact i'm 2 gay 2 own a regular, opaque, decently sized bag

-why do u have a coffee badge
-its epic that its positioned perfectly so that ur icon is drinking it. 10/10

cause im the physical manifestation of coffee 👌☕

also thank you! when i first got the badge and saw how it was positioned i was like i know exactly what im gonna do with this >w>

& honestly?? i'd have to agree

[id: a cropped screenshot of a txt document which reads,

Everything in this text file was typed from left to right by Apostrophe, who is the same person who made the fonts that you prompted you to download this file, which means that you are obliged to consider him a creative genius, applaud his every move, create a mental image of him, visualize him as your imaginary friend, mention him in your prayers, and smile while shaking your head at the memory of his name when you're drunk. If you do not comply with the creator's aforementioned requests, you are not allowed to use this font in any way. It is the creator's wish that you scratch your right elbow right now, otherwise no font for you. Also no font for you if you sleep less than 8 hours a day."